In 2019, the National Development Planning Agency (Bappenas) said the nation’s new capital would require Rp 460 trillion (US$31 billion) in investment. This consisted of Rp 265.1 trillion for supporting infrastructure, namely buildings, housing for civil servants and members of the police and Indonesian Military (TNI) and education and health facilities; Rp 160.2 trillion for facilities and infrastructure; Rp 32.7 trillion for the construction of legislative, executive and judicial buildings; and Rp 8 trillion for land acquisition.

In addition, Nusantara has the potential to increase the gross regional domestic product (GRDP) by 0.1 percent, with the emergence of new jobs and growth in the construction sector, especially infrastructure.

The new capital will indeed take a long time to develop. According to the documents from the capital city authority, the city will cover some 324,000 hectares. It will be divided into several sections, namely the IKN Development Area (KPKIN) of 199,000 ha; the IKN Area (KIKN) of 56,180 ha; the Central Government Core Area (KIPP) of 6,671 ha; and other strategic physical infrastructure. 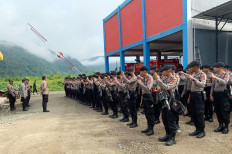 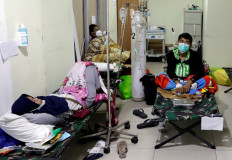